Justin Timberlake was the middle of a bear sandwich Saturday afternoon at the LA premiere of Yogi Bear. He lends his voice to Boo Boo in the CGI live-action film, but it's his latest project, Now, that sidelined him earlier this month with a serious leg injury. Justin's been laying low and recuperating in the company of Jessica Biel before his schedule heats up during the 2011 award season. The Social Network is gaining momentum leading up to the Oscars and JT's been lending his support to other high profile films; however, his Social Network racked up nine Critics' Choice nominations today including one for Best Picture. 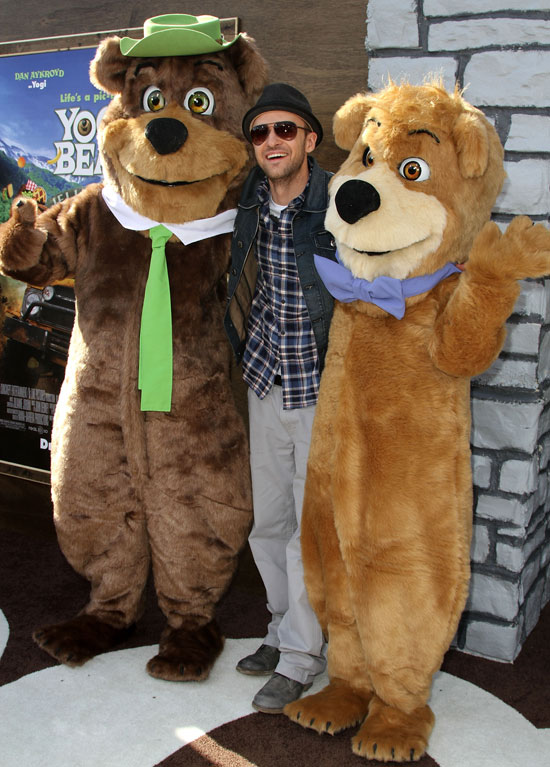 To see more photos of Justin at the premiere, just read more.