Justin Timberlake attended a special screening of The Social Network in LA Thursday. He was on a break from Now, which he's busy filming with costar Amanda Seyfried. Justin was spotted handling some big guns while shooting, but he wasn't able to prevent a recent minor on-set injury. He looked to be doing just fine during the event for his successful film, which centred on the creation of Facebook. Justin just gave up use of his own social networking tools along with other celebrities like Lady Gaga in an effort to raise money for charity. They haven't reached their goal of $1 million yet, as their project has stalled at around $200,000. 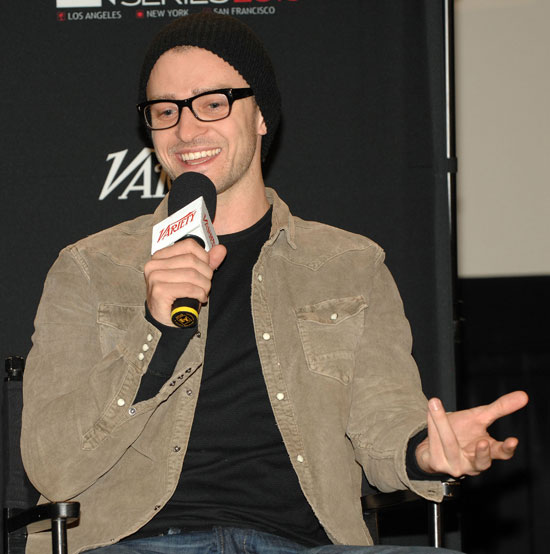