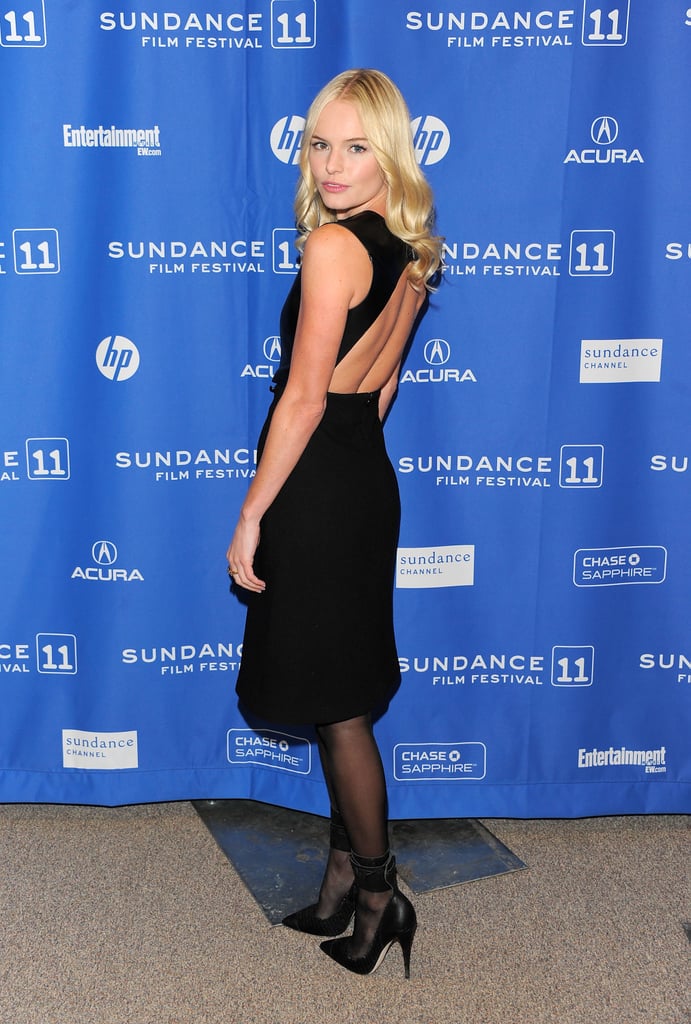 Kate Bosworth made her Sundance debut with not one but two movie premieres Sunday to cap off a very star-studded weekend. The actress says she's never been to the festival before but was eager to brave the cold to show off her pair of projects. First up was Another Happy Day, in which she costars with Demi Moore and Ellen Barkin. Kate sported a daring backless Chloe dress and looked excited to reunite with Demi, Ellen, and the rest of the cast on their red carpet, and later Kate gushed about the experience of working with the strong, powerful "forces of nature" whom she looks up to. In the evening, Kate covered up her sexy frock with a Burberry coat for the Little Birds screening, where the red carpet was slightly more open to the elements. Kate only has a small role in the film, though she was thrilled to show off the female coming-of-age story. Kate says she doesn't have much time to relax and enjoy the Park City scene before heading back to LA. Stay tuned to Buzz for the latest Sundance news and watch our interview with Kate and so much more on PopSugar Rush!