Kate Bosworth put on a Proenza Shouler dress and hit the red carpet with the label's designers, Jack McCollough and Lazaro Hernandez, yesterday for the annual Night of Stars gala in NYC. Leighton Meester dressed up in Giambatista Valli for the event, while Jennifer Connelly got decked out in Balenciaga to present designer Nicolas Ghesquiere with the evening's Superstar statue. Kate was in the Big Apple during a break from shooting her raunchy new movie BFF & Baby in LA with Krysten Ritter, and Gossip Girl Leighton was likewise back on the East Coast following a trip West for the recent the Hollywood Awards. 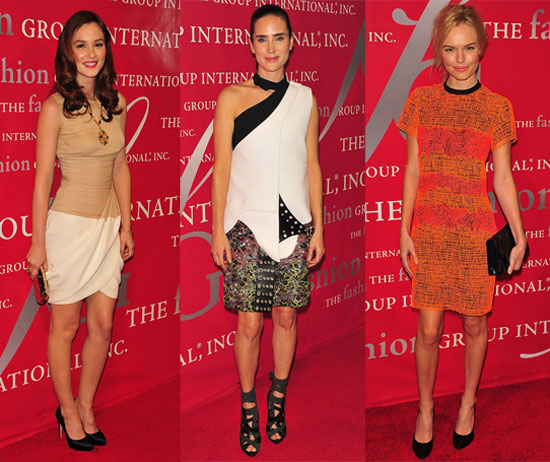 To see more from the party, just read more.