Kate Hudson and her boyfriend Matt Bellamy smiled as they arrived at Heathrow yesterday. They both turned the tables on the photographers and took their own pictures as they walked through the airport. ElleUK cover girl Kate was back in London this weekend, after returning to LA at the beginning of the month to settle Ryder back in to school. Last time she was in our capital city, she enjoyed date nights with Matt, and she arrived in London on Friday in time for Muse's Wembley Stadium concert. Kate is now back on the road with the band as they head to San Diego to kick off their West Coast tour. Having resolved her dispute with cosmetics company 22 Laboratories, Kate can focus on groupie good times and filming Big Eyes. 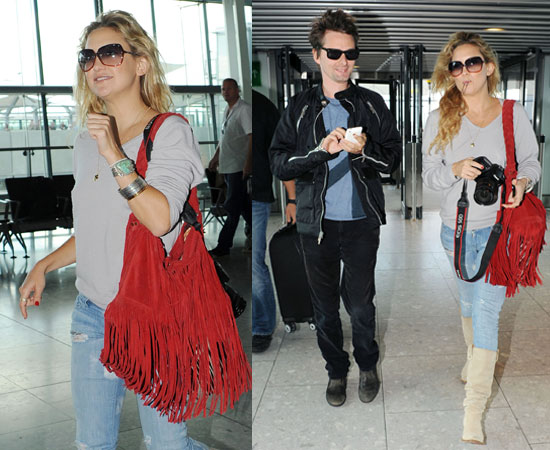 To see more pictures of Kate and Matt, read more.