Kate Moss went for a drive in the Cotswolds yesterday. She still had that ring on her wedding finger, even though she denied reports she had married. The majority of you believe she is secretly wed, and the latest reports also support the rumour. Someone from Kate's agency Storm reportedly let slip her shock at pictures leaking from the ceremony, as "there were only a few people present". It is now being suggested that the wedding was a blessing and therefore not legally binding, and it was all done to entertain Lila. On the professional front things are going well for the model. As well as her Vogue Paris shoot, Kate has been named the new Vogue eyewear model, and her income increase also gives her plenty to smile about. 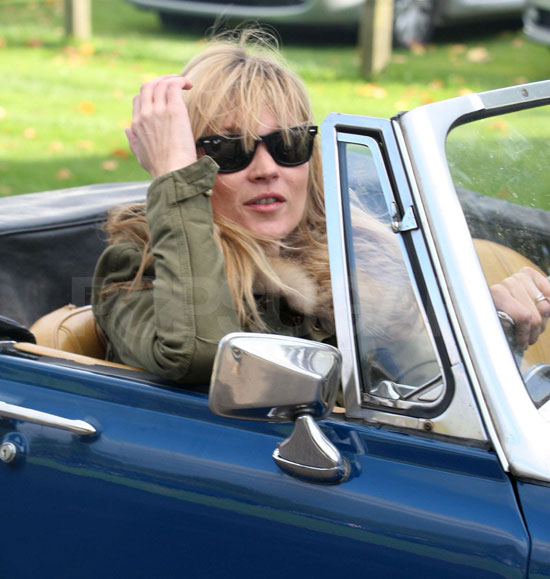