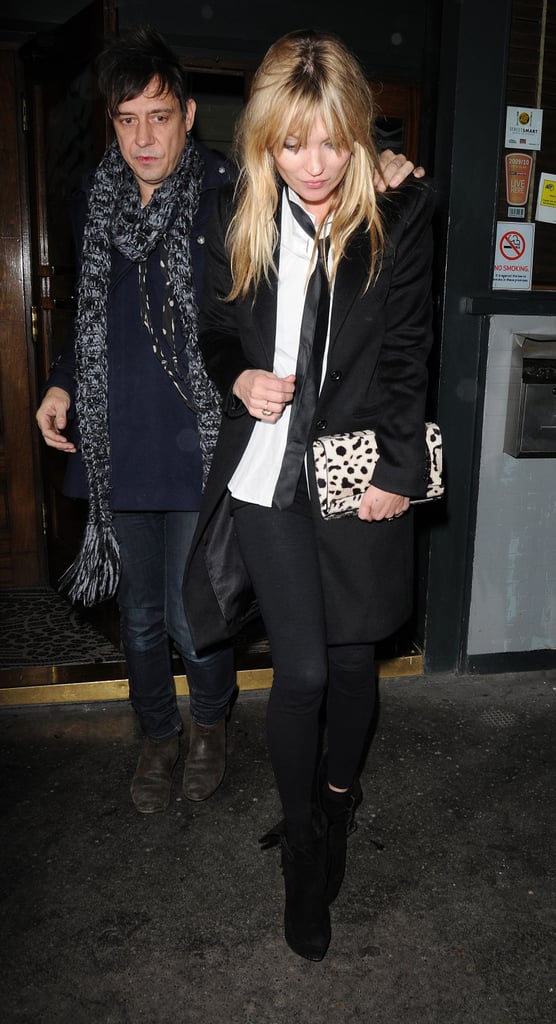 Kate Moss and Jamie Hince partied at the Groucho Club in London last night. She's been enjoying the lead up to Christmas with nights out at music gigs. Kate's also promoted her new perfume and tried a different look in Vogue Italia. The model is ending the year on a high, with accolades piling up. As well as being named Vogue's best dressed woman, Kate's also featured in The Financial Times's list of most influential women of the decade. She's in the running to be crowned your favourite British personality of the year too.

Previous Next Start Slideshow
Jamie HinceKate Moss
Around The Web

British Celebrities
How Kate Moss, the Original Thrifter, Inspired Me to Shop Second Hand
by Simone Williams 1 week ago