After hitting London Fashion Week, Lily Allen showed off her baby bump at the Givenchy show at Paris Fashion Week last night, wearing a grey crombie jacket and some bright red lipstick. Other celebs at the show included Justin Timberlake and Liv Tyler. After a busy weekend, Kate Moss was spotted leaving her hotel in the city yesterday wearing some leather trousers and accompanied by her man Jamie Hince. Beth Ditto walked the runway for Jean Paul Gaultier, while Duran Duran played live at a Fendi party hosted by Karl Lagerfeld, which was attended by Stephen Dorff, Leigh Lezark and Shingai Shinowa. 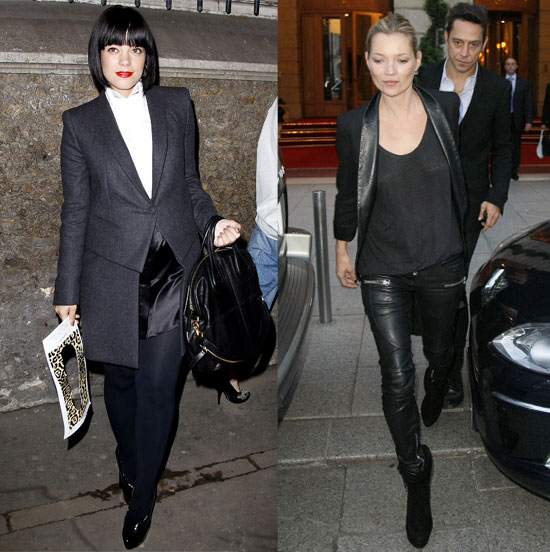