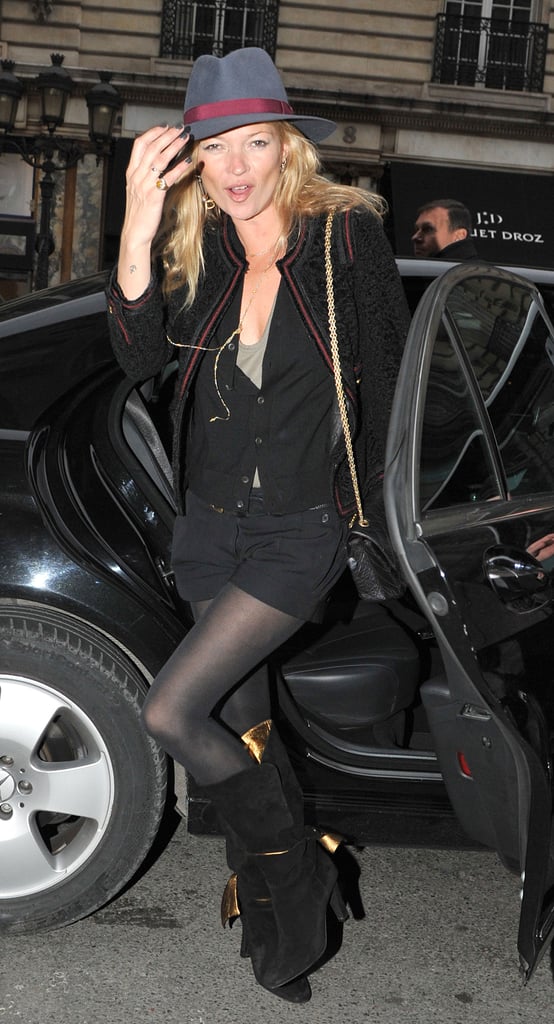 Kate Moss was in high spirits as she took to the streets of Paris yesterday to do some jewellery shopping. Earlier this week she watched the Etam lingerie show alongside Alexa Chung, and watched her man Jamie Hince perform there too with his band The Kills. Kate's been getting raunchy in a new music video which is not one of Jamie's, but she was all covered up in the cold city. North London residents should keep an eye out as Kate's reportedly just bought a place in Highgate.