Earlier this week Kate Moss attended the Dior show with other celebs such as Rachel Bilson at Paris Fashion Week. Yesterday she was spotted leaving her hotel in a grey jumper and leggings before changing to shoot an advert for Dior. She was filmed leaving a building and getting into a car, then exiting the car with a throng of fake paparazzi awaiting her. Kate wore the outfit she wore to meet John Galliano after the show for the advert — a leather skirt and eye-catching black jacket, teamed with some big shades. Reports suggest Kate is looking for a seaside getaway as she is apparently looking at buying a home in Fowey, Cornwall. 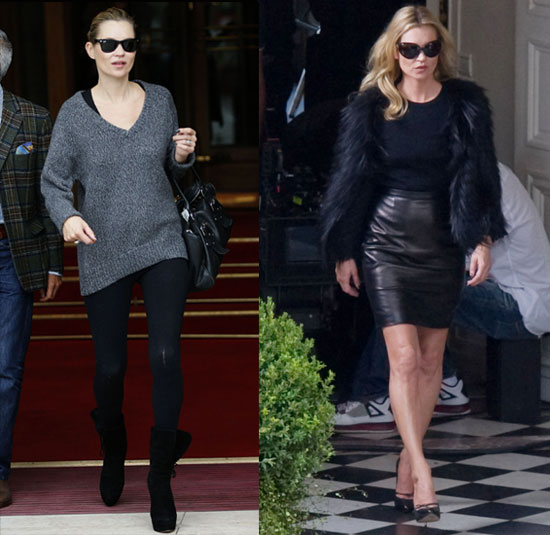 To see more photos of Kate preparing for and shooting the ad, just read more.