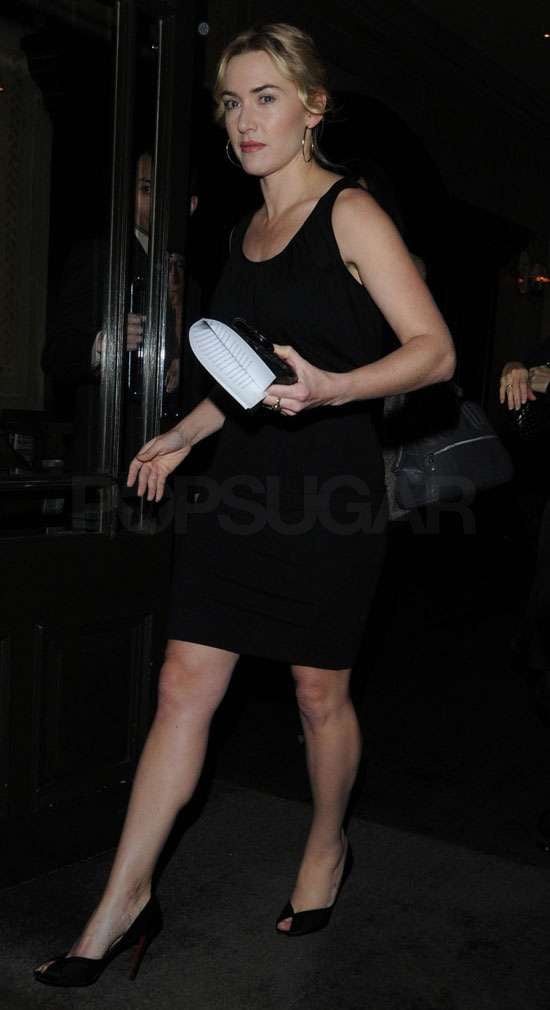 Kate Winslet wore a LBD for an evening at the BAFTA headquarters in London last night. The actress spent the festive season in the UK, and will be based here for a while, so her children can be near Sam Mendes while he shoots the back-on Bond film. Since her split from Louis Dowler in November, Kate's been focused on friends, family, and work. The actress has been shooting TV series Mildred Pierce, and found the experience tougher than films, saying: "Film, schmilm — I'm telling you television is so much harder. It didn't affect the work ethic in any way other than we had more story to tell, which was a luxury, and less time to work to that goal. But that just meant we were hyper-focused."