Kate Winslet showed off her figure on the set of a watch advert for Longines in Italy yesterday. She held fans up to keep cool in the sun as she slipped into two different LBDs for the project, which she filmed alongside Aishwarya Rai and Lin Chi-ling. Kate was back to blonde instead of the brunette wig we've been used to seeing on her recently as she filmed Mildred Pierce. 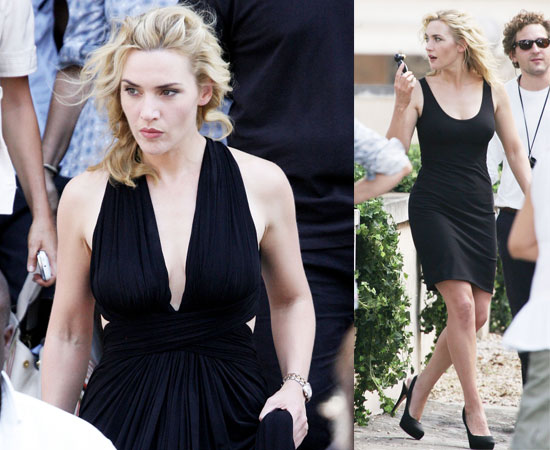