Kate Winslet hosted a private screening of Blue Valentine in NYC last night, and hung out with the film's star Michelle Williams. Sadly there was no sign of Michelle's costar, Ryan Gosling, and since their united front at the Cannes Film Festival in May, Michelle and Ryan have promoted their movie separately in Toronto, London, and LA. They've already started receiving awards buzz, with Independent Spirit Award nominations. Kate looked happy, despite her reported breakup from Louis Dowler, and has kept to her usual routine in the city. 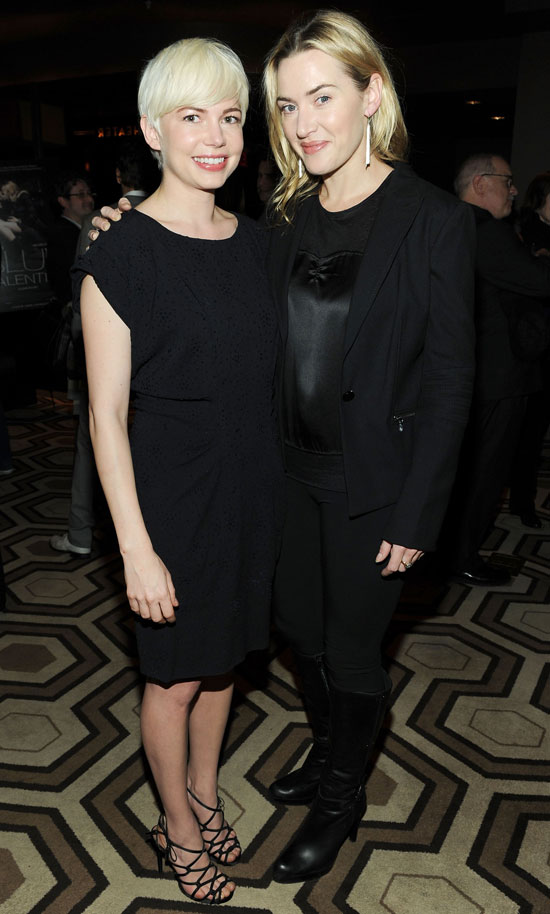