Kate Winslet was spotted on set in Queens filming Mildred Pierce yesterday, wearing a burgundy dress and hat to play the title character. Her long blonde hair was hidden by her familiar brown curly wig. Filming apparently had to be halted earlier this week when Kate suffered bruising that could not be covered by makeup. She fell while playing with the kids on set, but it looks like she's all better now. 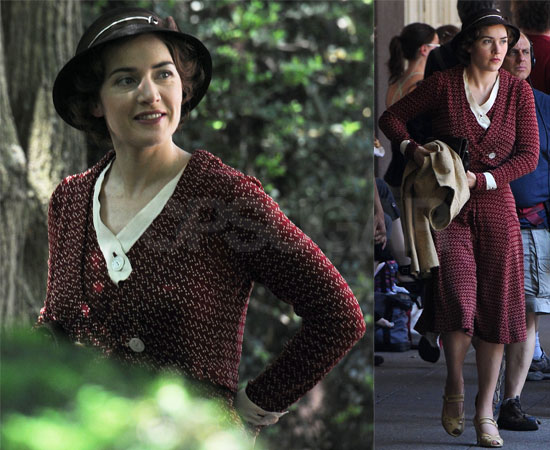