Katie Price arrived at LAX yesterday wearing a Barack Obama tshirt. She's in the US for three days for shopping, dentist and meetings. She was in Ireland a week ago with Alex Reid for Michelle Heaton's wedding party, but this time she's taken her friend Melody along for the ride. The latest season of What Katie Did Next starts on Thursday, and this will be her last series on ITV2 as she's moving to Living. She'll be going head to head with Peter Andre at the National TV Awards in January, as her show is up against his Next Chapter series in the digital choice category. The divorcees won't be reuniting, however, on I'm a Celebrity Get Me Out of Here, as Alex doesn't like the idea of the former couple together again in the jungle. 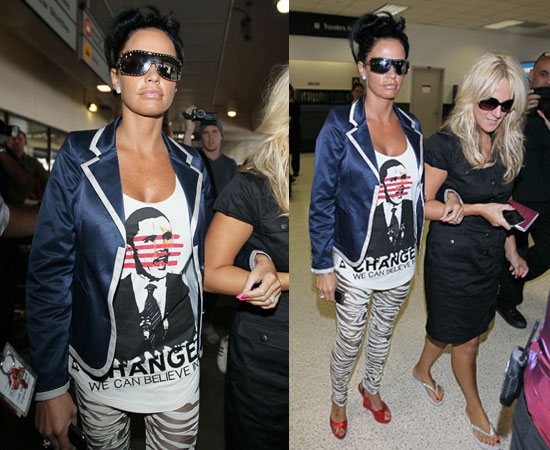