Katie Price wore sunnies and a hoodie as she picked up the kids from school in Sussex yesterday. She was allegedly stopped by police for talking on her mobile phone behind the wheel of her horse box, and has reportedly hired a lawyer nicknamed Mr Loophole to deal with it and a speeding offence. She's also in trouble with Peter Andre for selling their possessions. He said: "As you may or may not have heard, my ex-wife took it upon herself to sell old family pictures of ours on eBay last week. I am dealing with this matter privately and don’t want to say too much, but I will admit that I wasn’t exactly delighted when I found out about it!" At least hubby Alex Reid is on her side, saying: "our relationship is as strong as ever". 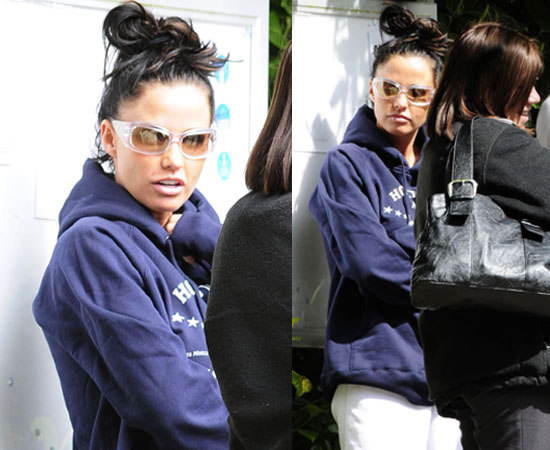