Katie Price left Haywards Heath Law Courts yesterday, after being fined for driving offences. Alex Reid was with Kate at the hearing, where she was found guilty of not being in proper control of a vehicle. She strayed into another lane while driving her pink horsebox in February, and police following her claimed she was using her mobile phone, which Kate denied. Kate explained she was spraying perfume, and told the magistrate: "I'm just a typical woman driver. I'm just not used to a lorry that big. I was probably a bit scared because it was on a motorway". She was fined £1,000 and had three points added to the seven on her licence. 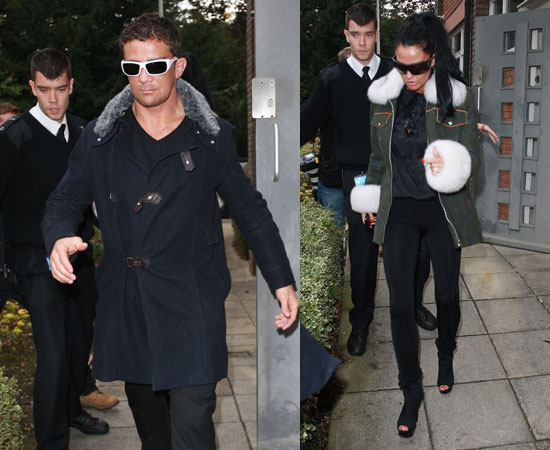