Katie Price started the weekend at more book signings for Paradise in Plymouth and Exeter. She had a lot of security with her, and the problems with security she had at her recent wedding blessing are now being investigated by the police. Following reports that Kate's hubby Alex Reid was approached to star in Ultimate Big Brother, it is now claimed Alex won't enter the BB house as he is training for a big fight. Kate has revealed her family values, and talks about Peter Andre having "milked the situation" as well as joking she and her friends are "a bunch of slappers". She will reveal more when she gives a live televised Shrink Rap interview to Dr Pamela Stephenson Connolly at the Edinburgh TV festival later this month. 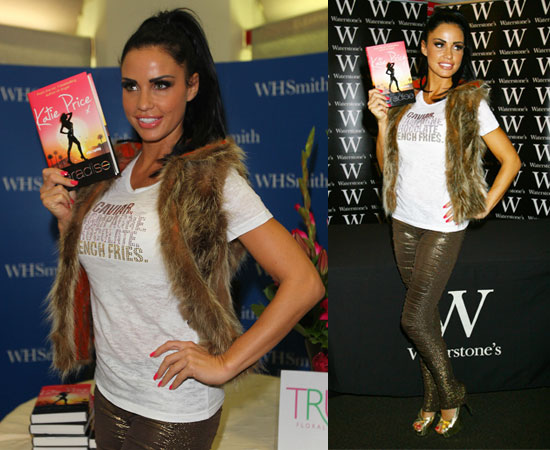