Katie Price spent yesterday evening in London, returning to the May Fair Hotel after a night out. Meanwhile Peter Andre's car accessories showed his support of the England football team ahead of the World Cup as he left his Brighton home. Kate's been busy selling reminders of Pete on eBay, and she's also clearing out her system. She's reportedly given up Botox as part of her pregnancy plan. Peter's TV career is going from strength to strength, with reports he'll be in a panel game show on ITV joining the news he has a new teatime programme. 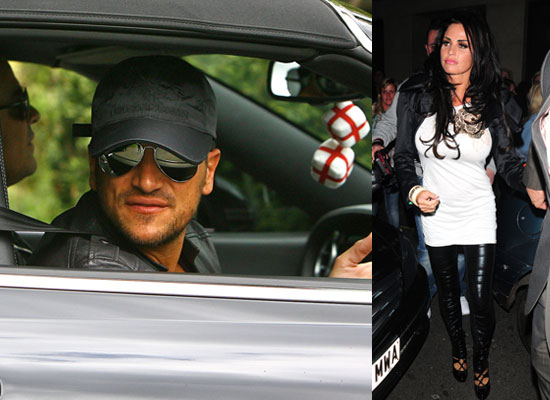