Katie Price had a day of press in London yesterday to promote her number one novel, Paradise. She wore a skull print tracksuit as she arrived at Radio 2 with her BFF Gary Cockerill, ahead of her official book launch today. Kate also appeared on This Morning and talked botox, denied rumours her marriage is Alex Reid is fake, confirmed she would be a surrogate for Gary, and revealed she'd adopt if her and Alex weren't able to have children. She also explained why she cancelled her G-A-Y performance, and said she's actually not quitting music. Kate said: "I can sing, but I'm not a Whitney Houston", and reiterated that she can't sing and dance at the same time! Watch the full interview after the jump. 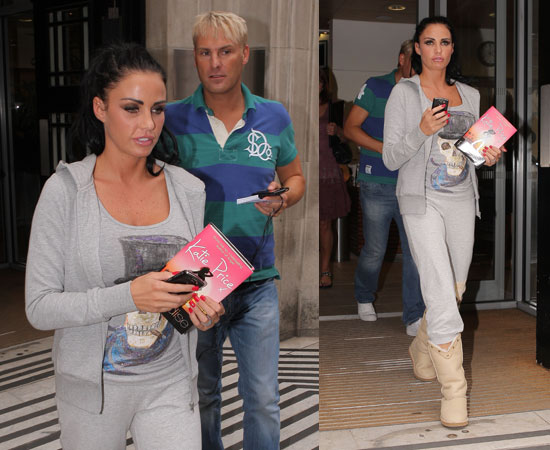 To watch Kate on This Morning, just read more.