Katy Perry showed off some colourful streaks in her hair as she stepped out in New York last night. Sections of her hair were blue and pink, and she wore a jacket with a tiger's face on it with a short leather skirt — just another of her many looks since she's been in the city. Her album Teenage Dream was released in the US on Tuesday, and her fiance Russell Brand celebrated with her. He was spotted looking more casual as he ran to his car in trainers yesterday, and with his own wedding coming up he congratulated Jonathan Ross on his anniversary, saying: "You deserve a card, she deserves a medal." 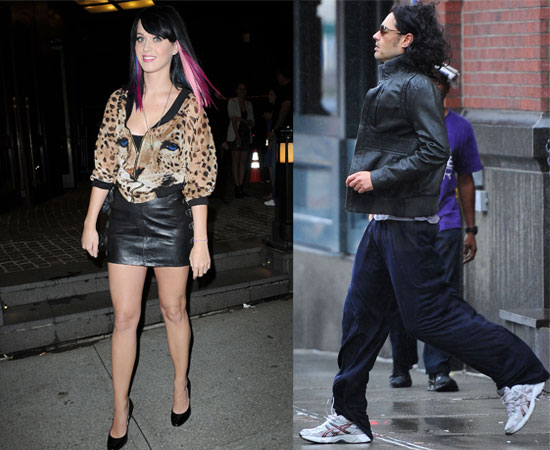