Katy Perry arrived at LAX last night, and tweeted this morning: "Today is the best day". She also announced via Twitter she will perform on Divas: Salute the Troops, and it's been revealed she will sing at the Victoria's Secret Fashion Show. It's not all about music, as the singer is reportedly branching out into fashion. Katy and Russell have been apart recently as they go about their own projects, but they hooked up in Manchester. The couple will be together soon enough as their wedding will reportedly take place on Oct. 23 in India. Russell wants to keep details of the ceremony private, but he did joke about making a sex tape! 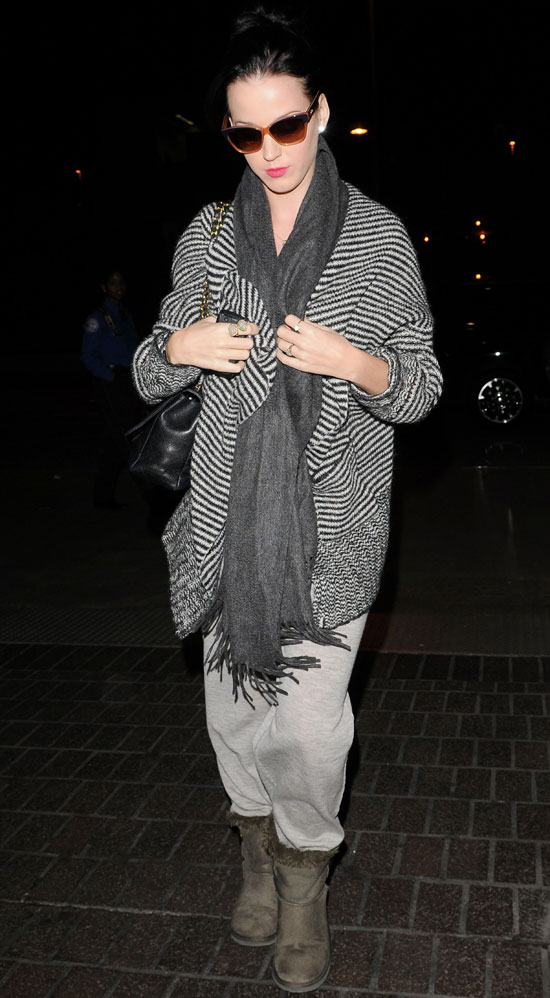