Katy Perry was at the Radio One studios in London yesterday. She wore camouflage skinnies and a metallic knit top: FabSugar US has lowdown on her outfit. Katy's on our shores following her performances in Canada, where she picked up an injury. The singer sparked confusion about her marital status during her interview with Graham Norton last night, when she said: "Life's never dull with [Russell] — that's why I married him." She quickly added: "That's why I'm marrying him!", but refused to clarify whether they had already secretly wed. 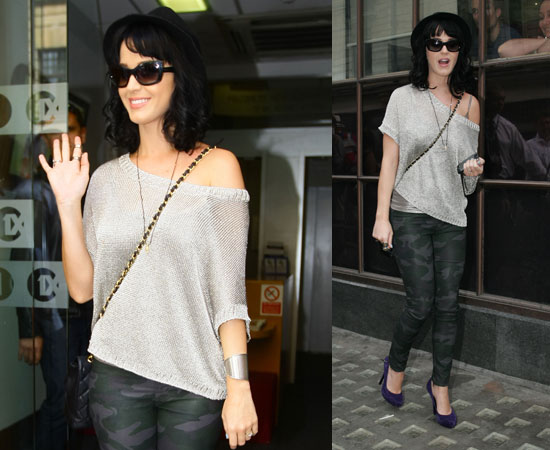