Katy Perry spent a busy day in the UK yesterday, while Russell Brand continued to film Arthur with Greta Gerwig in Manhattan. Katy wore a black dress as she left Claridges and headed to ITV studios, then changed in to a happy outfit for a night out after filming her appearance on Alan Carr Chatty Man. She climbed out of the sunroof of her people carrier to sign autographs for fans, showing off her latests highlights in honour of West Ham United. Katy's changed up her hair on several occasions recently, going from a short bob in Tokyo to bright streaks in New York. Following news Katy's in talks with ITV2 about her own show, reports claim that Simon Cowell is also keen to sign her up for the US version of The X Factor for a reported paycheck of £220,000 per show. You guys are evenly split on whether you'd like to see Katy get her own show, so how do you feel about this latest TV-related rumour? 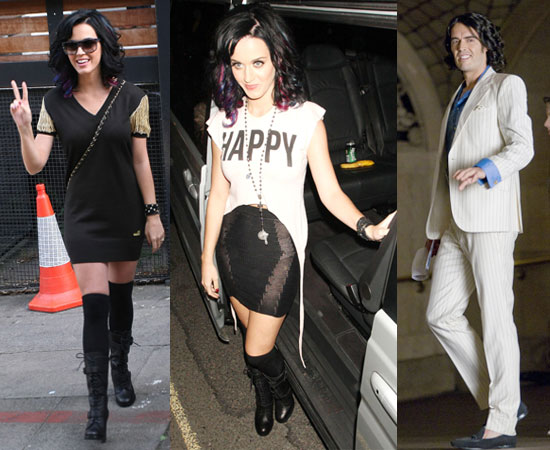