Katy Perry wore a cute polka dot dress at Radio One in London yesterday. FabUK has details on how to copy her look. During her interview with Scott Mills, Katy responded to rumours about getting her own TV show in the UK, joking she can’t wait for the offers to start for her and Russell to have a series. She's actually decided to keep a lid on it, saying: "We've decided that after we get married, we're not going to talk about our relationship anymore". The previous day Katy filmed her appearance on Alan Carr's show, and reportedly told him: 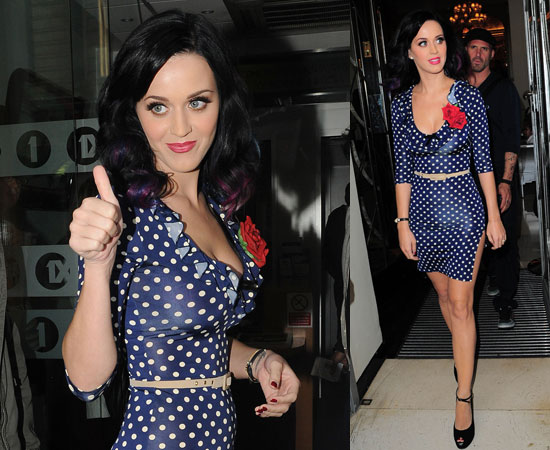 "I love London and just being here. I’ve decided that when the day does come, I will become a dual citizen. Then I can just pass through Customs real quick. You’ve already kind of adopted me so maybe I don’t have to go through all the paperwork?"