Katy Perry was in London yesterday and was spotted outside her hotel in a rubber dress printed with the British and US flags, split down the middle as she supported both teams in the World Cup. With her English fiance Russell Brand in Australia, Katy appeared on James Corden's footie show last night after the England v USA 1-1 draw. She tweeted about the drama of getting the dress to her, as it was delayed on a flight, and after the final whistle blew she wrote "EVERYBODY WINS!!! I LIKE THAT! (Plus as an american marrying a englishman... I am DIVIDED)". She sat next to Simon Cowell on the show, who she'll see again soon as one of the guest judges filling in for Dannii Minogue on The X Factor auditions. 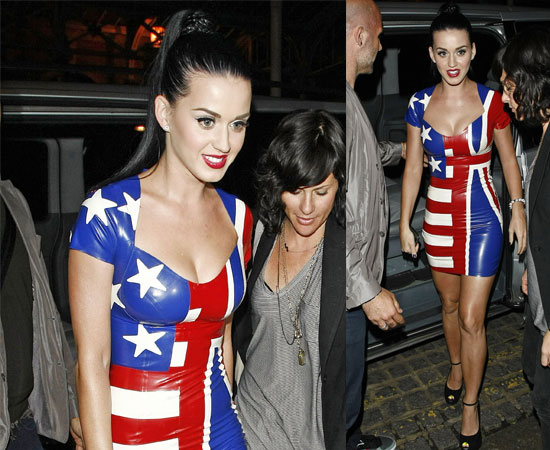