Katy Perry picked up her man Russell Brand at LAX yesterday, after he flew in from filming Arthur in New York. She wore some retro sunglasses as she sat in the driver's seat, Russell looked casual after his flight. He spent his last day on set with Luis Guzman, back in their Batman and Robin costumes and getting into some trouble with the police. Katy and Russell were apart on their anniversary, though she wore pictures of him on her nails at the VMAs. Katy put on a show at her old high school earlier this week, and Russell will be back in the UK at the end of the month for his My Booky Wook 2 tour. 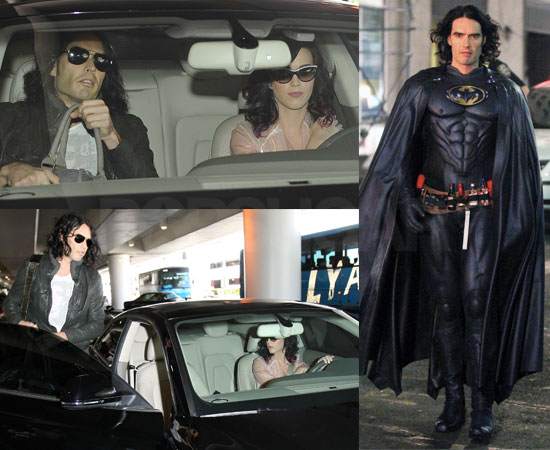 To see more photos of Katy and Russell, plus Arthur, just read more.