Andrew Garfield, Keira Knightley and Carey Mulligan posed at a photocall for Never Let Me Go at the London Film Festival today. At the press conference the trio were also joined by novelist Kazuo Ishiguro, director Mark Romanek and screenwriter Alex Garland, as well as Isobel Meikle Small and Ella Purnell who play the younger versions of Keira and Carey's characters. I was there too, and heard all about how Keira hadn't read the book before filming, and that she didn't like her character. Andrew revealed he finds emotional scenes easier then funny scenes, and added that the cast were embarrassingly reverential towards Kazuo. Take a look back at previous years with me, and stay tuned for loads more coverage of LFF! 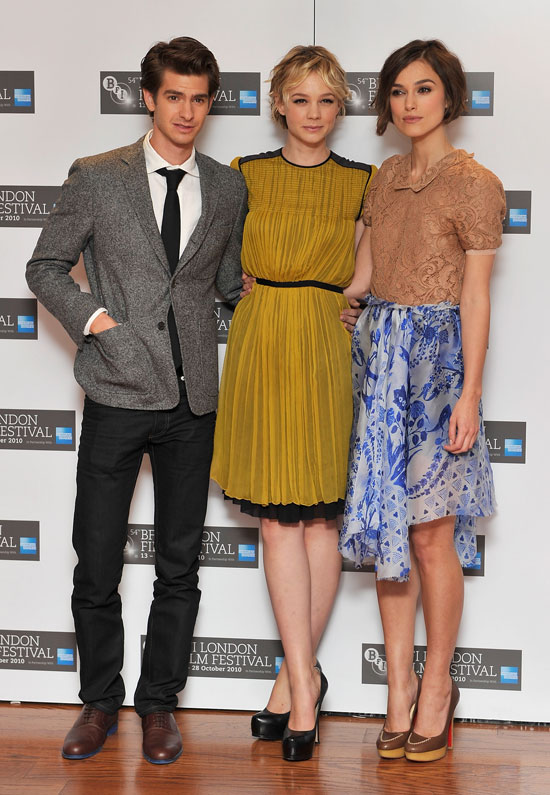