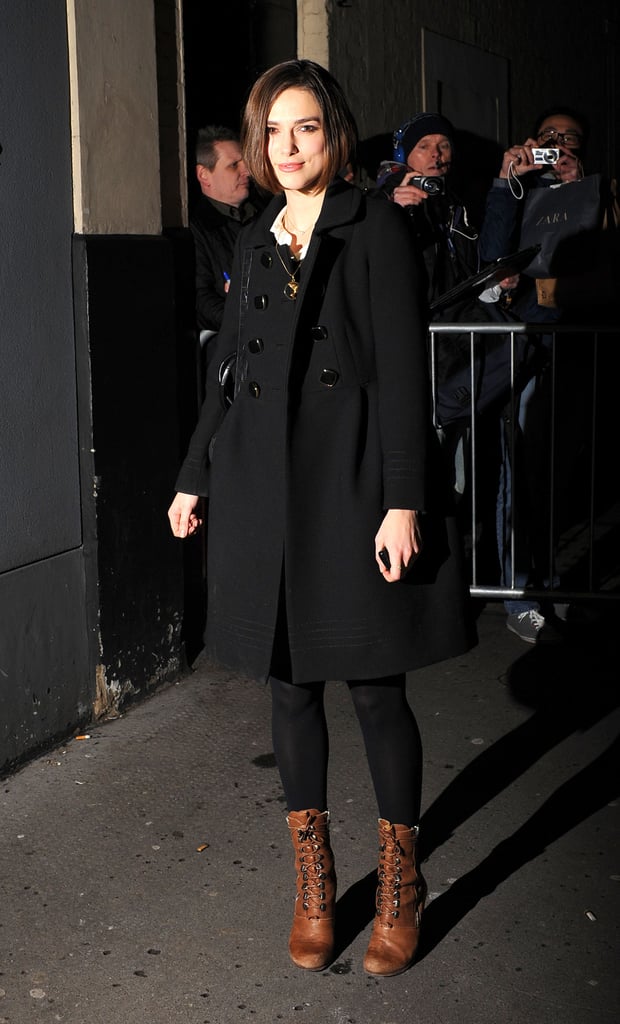 Keira Knightley looked stylish as ever as she left the Comedy Theatre after performing in The Children's Hour and headed to J Sheekey last night. FabUK has the lowdown on how to copy Keira's style. The actress is back on stage following a cancelled performance when cracks in the theatre wall needed urgent repair. Keira and Elisabeth Moss has received respectable reviews for their play, and Keira's bob has inspired Danielle Lineker to chop off her hair too. Although Keira's rep denied rumours she'd been cast in Cosmopolis, the actress has a big role lined up for Easter Sunday, as a bridesmaid at her brother's wedding in Glasgow.