Keira Knightley cosied up to her Last Night costar Eva Mendes at the Rome Film Festival yesterday. Protestors working in the film industry caused the women to avoid the red carpet as they arrived, and Last Night's director said that they supported the workers' protests. Guillaume Canet represented the males of the cast, as Sam Worthington was not there. Keira appeared at the London Film Festival, and will be back in the city in the West End to star opposite Mad Men's Elisabeth Moss. Keira's said to be frontrunner to play Princess Diana, but a rival movie is rumoured to be casting Charlize Theron in the role. 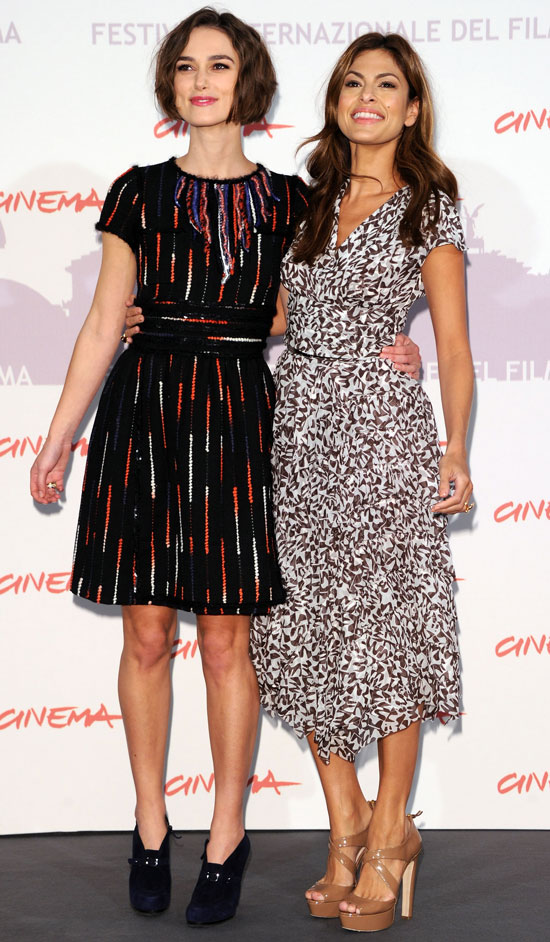