Keira Knightley got in to a cute outfit and hopped on board a Ducati motorcycle to film an advert for Chanel on the Place de la Concorde yesterday. The actress has been enjoying some private time since we saw her on a date with Rupert Friend back in April, but she's got a busy Autumn lined up. Her film with Sam Worthington and Eva Mendes, Last Night, will close the Toronto Film Festival later this month, and open the Rome Film Festival at the end of October. Never Let Me Go, in which Keira stars with Carey Mulligan, will open the London Film Festival next month, and a new clip has just been released: check it out after the jump! 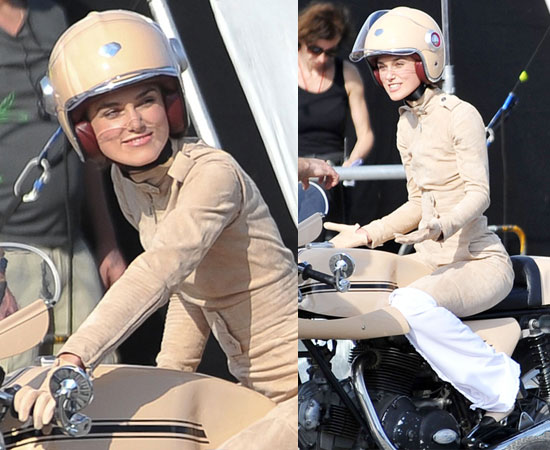