Keira Knightley held flowers as she left a restaurant in Italy last night. The actress is getting settled in before Last Night opens Rome Film Festival. She shot it in NYC two years ago, and her costars Sam Worthington and Eva Mendes attended the film's premiere at the Toronto Film Festival last month. Keira returned to our shores for the London Film Festival premiere of Never Let Me Go earlier this month. She'll be spending even more time on home turf as she's returning to the West End. Keira will star in Children's Hour opposite Elisabeth Moss early next year. She's also rumoured to be in the running to play Princess Diana. 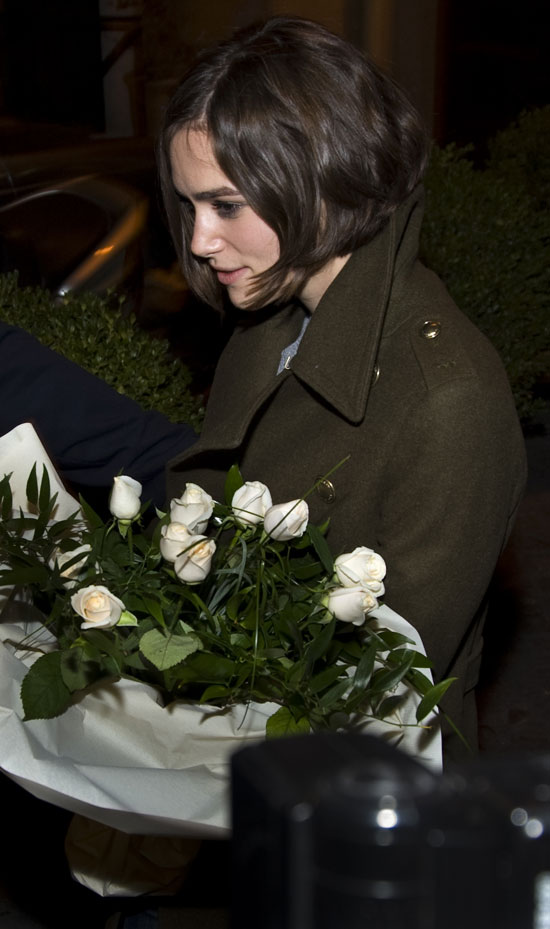