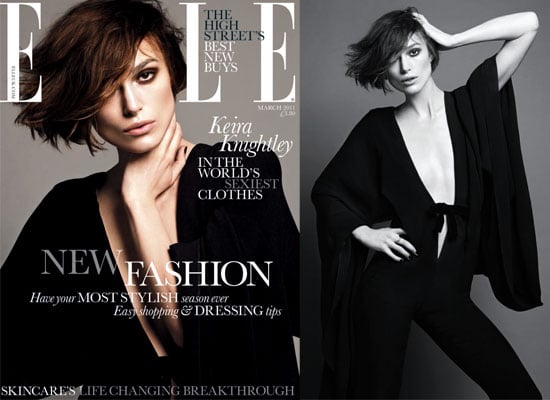 Keira Knightley found time in her busy schedule to speak exclusively to Elle ahead of the release of Never Let Me Go, and looks stunning on the March 2011 cover. Check out the behind the scenes video. Keira's also on stage in the West End at the moment, and she discussed that too — here are some highlights:

To read the rest of the interview pick up the March issue of Elle, out on February 2nd.