Last week Keira Knightley was on set in Paris to film an ad for Chanel, and on Saturday she was back on her bike for more shooting. While she's been having fun on her bike, her costars Carey Mulligan and Andrew Garfield are at TIFF for their movie Never Let Me Go, and another of her films — Last Night — will close the festival. Keira, Carey and Andrew will be back in Britain soon as their film will open the London Film Festival. 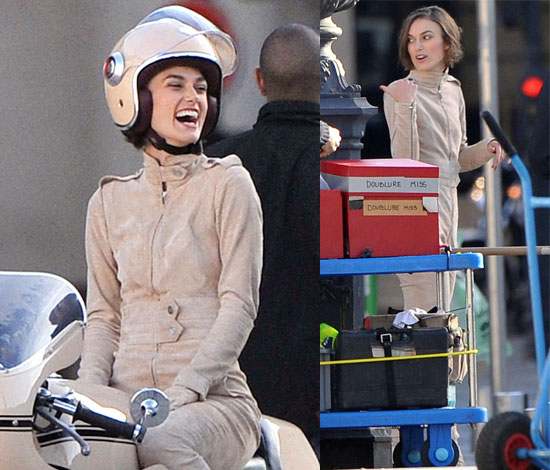 To check out a new trailer for Never Let Me Go, just read more.