Kellan Lutz and AnnaLynne McCord grinned as they arrived at LAX on Sunday. Like Brad Pitt, Kellan and AnnaLynne plus her family and friends headed to New Orleans this weekend to help build houses in the city five years on from Hurricane Katrina. Kellan braved the rain while mudding and drywalling for the St Bernard Project. He's been wet whilst shirtless on a number of occasions, and his impressive physique got him in to PopUS's Shirtless Bracket final! 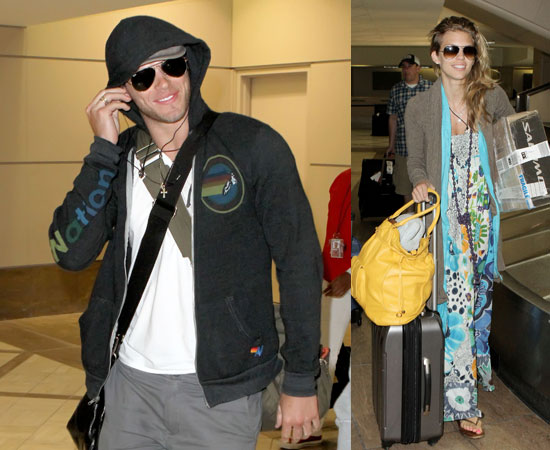