Kellan Lutz flashed a smile as he made his way through LAX today. He has plans to travel the world before filming starts on Breaking Dawn, which is reported to be 1 November - 15 March. Kellan's been keeping busy with premieres and boxing sessions in the gym, and his regular workouts are paying off. He's battling for his place in PopUS's Shirtless Bracket, and he has come fifth in Glamour's 50 Sexiest Men poll, behind his Eclipse costars Xavier Samuel, Taylor Lautner and Robert Pattinson, who came first for the second year in a row. 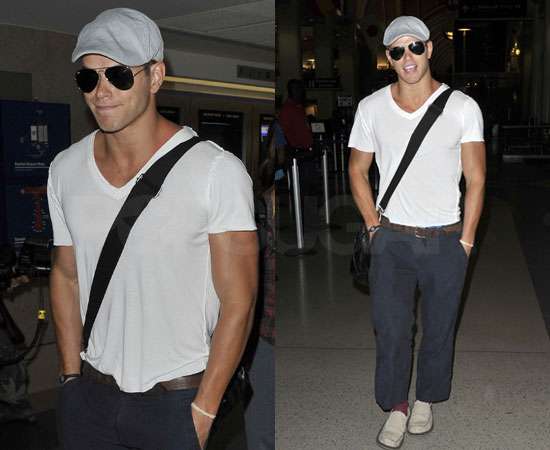