Kellan Lutz got his guns out as he left the gym in North Hollywood yesterday. The Twilight star is continuing with his fitness regime while on a break from Breaking Dawn, before returning to Louisiana like Robert Pattinson and Kristen Stewart to resume filming. His costar Ashley Greene has been busy with other events, while Robert and Kristen shot kissing scenes in Brazil. Kellan reportedly split with AnnaLynne McCord a couple of weeks ago, but they shared a friendly hug at an event, and this week they were spotted leaving a motel. 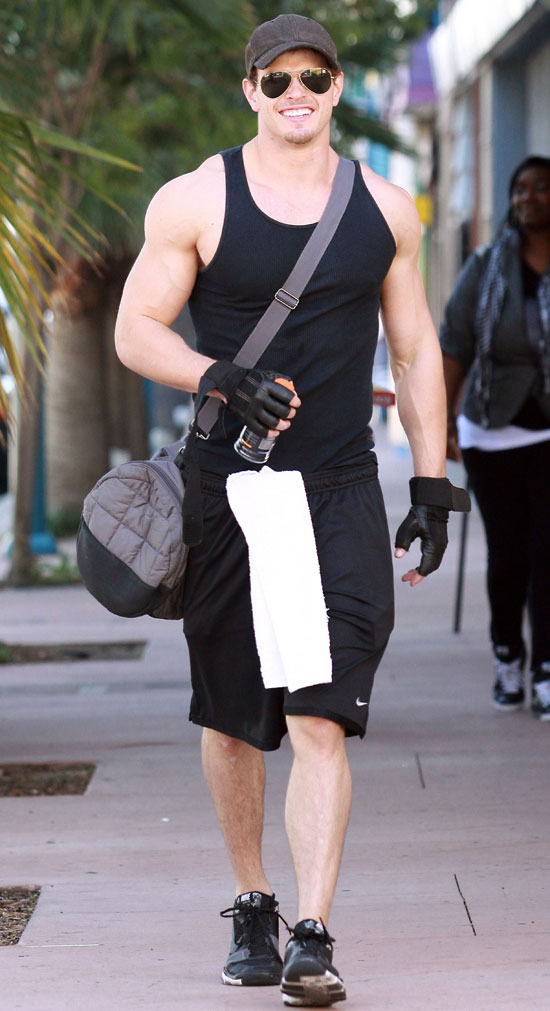