Jackson Rathbone, Kellan Lutz and Peter Facinelli took a break from their Eclipse press interviews by hanging out on a balcony in LA yesterday. The Cullens are promoting the latest movie alongside Robert Pattinson, Kristen Stewart and Taylor Lautner, who attended a fan Q&A over the weekend. We'll get to see Kellan and his fellow onscreen family members Ashley Greene and Nikki Reed on our soil at the UK premiere on 1 July. We've also been treated to yet another new Eclipse clip, this one featuring the Cullens chasing Victoria. It's an awesome action scene, so check it out after the jump! 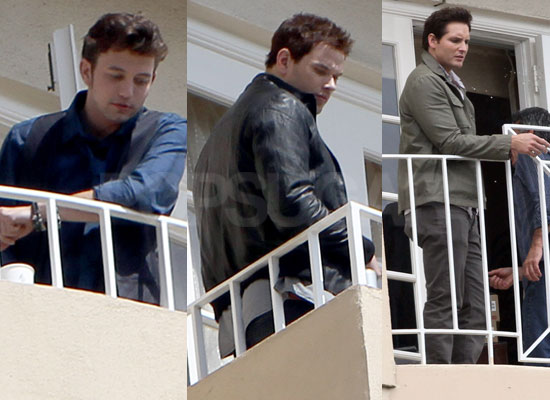 To watch the latest clip from Eclipse, just read more.