Kellan Lutz gaves us a treat as he stripped off shirtless in Studio City yesterday. The Twilight star's toned physique earned him a place in PopUS's Shirtless Bracket final, but he just missed out on first place to Taylor Lautner. Kellan said he is happy to help sell movies by taking his top off, but he doesn't want be "a piece of meat" for the rest of his career. He's been spending the Summer getting involved with house building charity projects, from New Orleans to Washington DC, before shooting starts on Breaking Dawn in November. Rami Malek has been cast as vampire Benjamin, but there are possible problems with plans to film in Brazil. 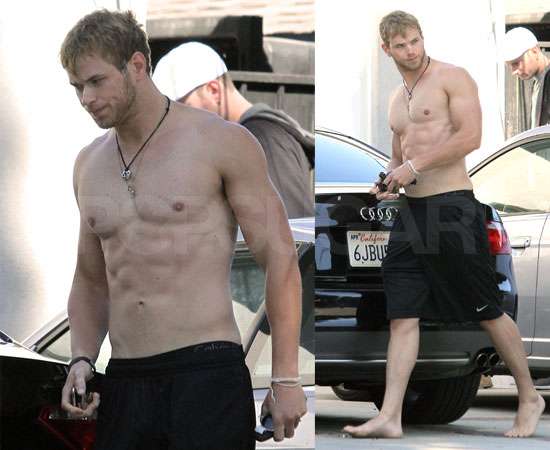