Kellan Lutz gave us a glimpse of his body as he made a promotional appearance for Calvin Klein X Underwear at Macy's in NYC on Saturday. He later tweeted that he had "so much fun" hanging out with his fans. The Twilight star smiled wide while his contract negotiations for Breaking Dawn continue. Insiders have made light of the implications, saying the talks are not holding up production of the next film in the saga. Kellan's certainly excited for the release of Eclipse, saying it looks amazing and guys will want to see it thanks to the fighting and stunts. 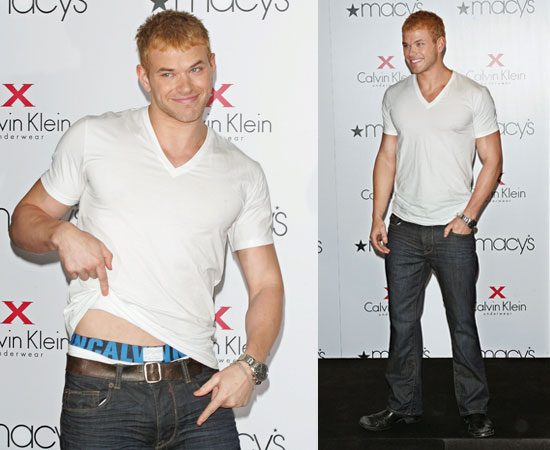 To see more pictures of Kellan and his abs, just read more.