Kellan Lutz lifted up his shirt once again to show his underwear at a Calvin Klein event in Toronto yesterday. The Eclipse star has been in Canada this week stripping to a loincloth to film Immortals in Montreal, and he was joined by Ashley Greene for the Much Music Awards last night. He was in LA with his Twilight costars the previous weekend at a press junket, and he'll be back in California for Thursday's premiere alongside European tour buddies Kristen Stewart and Taylor Lautner. Kellan will then swing by London next week for the UK premiere, and we're giving you the chance to be there too, so enter our giveaway! 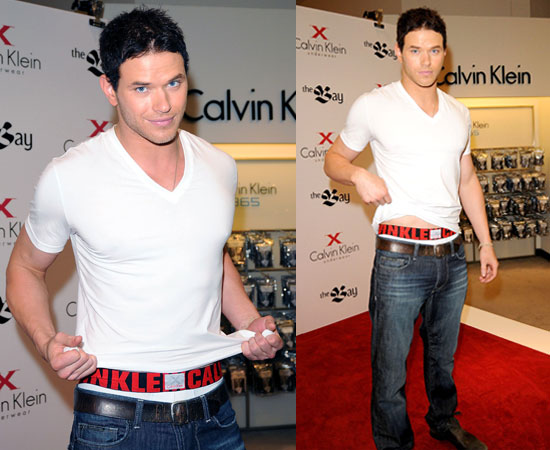