Matthew Morrison is still in town promoting Glee and yesterday he took some time out to go to the pub with Kelly Brook and some friends to watch the England v Slovenia match. Kelly's been out a couple of times in the last couple of days, just after it was reported she and Danny Cipriani had split. Kelly and Matthew were spotted out for dinner last week, but he told GMTV they are just friends, saying: 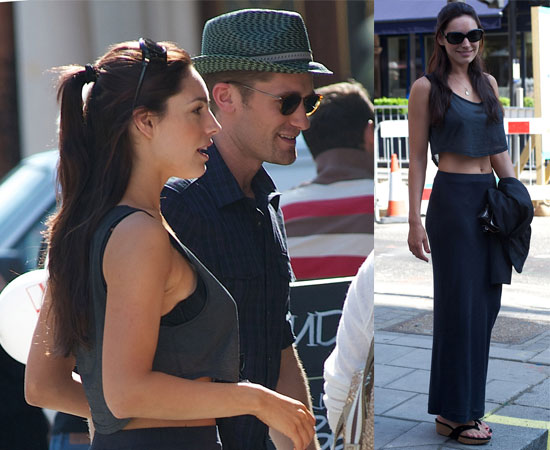 "It is a nightmare. I just feel bad for those other people because I don't want to drag anyone else into it. I'm friendly with a lot of people and just going to dinner with someone turns into [something else]."