Kelly Brook has been partying in LA this week following her naked photoshoot being published in Playboy magazine. She went to an InStyle party last night and her British curves had competition from Kim Kardashian. Do you love or hate Kelly's look? Kim's also made a high profile magazine appearance in US Elle alongside Justin Bieber this month. Kim wore a demure black dress to the bash, while Kelly showed off her cleavage and her fellow Brit Cat Deeley wore a gorgeous peach and cream frock. Eliza Dushku wore a striking dress and attended with her man Rick Fox. 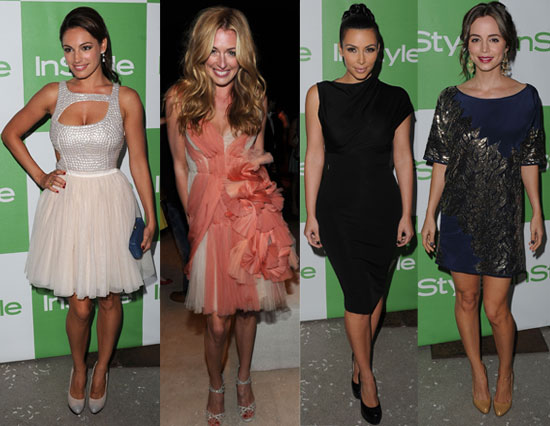