Kelly Brook unveiled a billboard featuring her nude advert for Reebok's EasyTone trainers outside Battersea Power Station in London today. She's no stranger to stripping off, and will appear on the cover of Playboy's September issue. Kelly joked: "It's a bit scary having yourself up on a billboard but I suppose I've got to get used to it because I just did a shoot for Playboy. It seems this month is my naked month." The model showed off her bikini body on holiday in Barbados in June, but covered up in gym gear for the photocall this morning. As well as representing other brands, Kelly has trademarked name to bring out her own products. 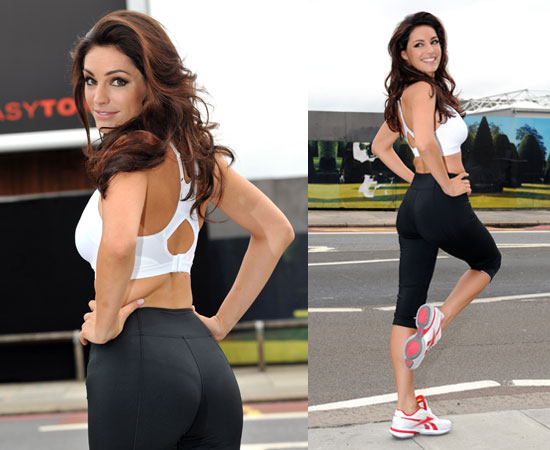