Kevin Pietersen and Jessica Taylor took their son Dylan for another walk in London today. The couple welcomed Dylan in May, and Kevin revealed last month how fatherhood had changed his attitude towards captaincy. Kevin is facing tough times with his career after being dropped by Hampshire. The cricketer has also had a poor run in England's first Test against Pakistan. Geoffrey Boycott has said Kevin could lose his place on the Ashes tour of Australia this Winter if his batting doesn't improve, but Andrew Strauss has spoken out in defense of Kevin. 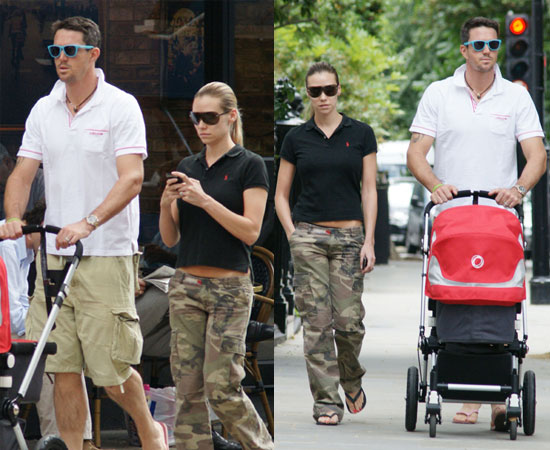