Kiefer Sutherland looked dashing in his suit as he took a stroll through West Village yesterday. He spent a lot of time in NYC filming the final season of 24, before taking production back to LA to shoot the last scenes and gather the cast together for the finale party. Executive Producer Howard Gordon has revealed some details of the ending, although he's not given too much away. He also said the feature film will happen "in the next year or two". 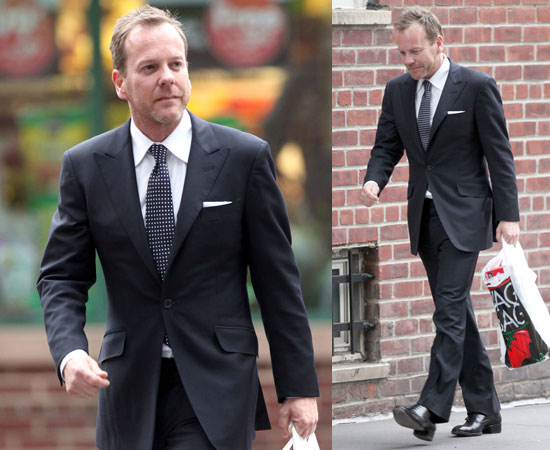