She may be in Australia right now, but recently Kristen Stewart spoke exclusively to British Elle magazine and stars on the cover of July's issue looking gorgeous as ever. You can check out footage of her behind the scenes on her photoshoot. In the mag she talks about Twilight, her upbringing in comparison to Lindsay Lohan's and handsome Robert. Here are some extracts from her interview: 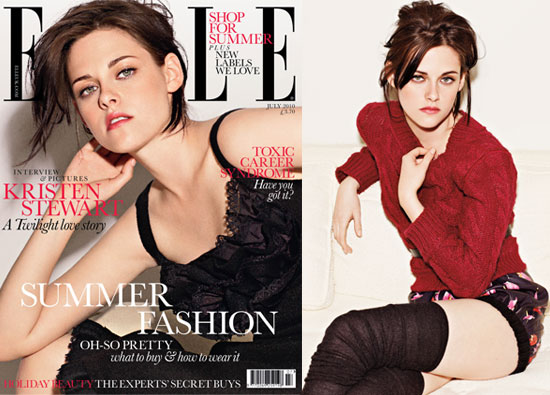 To find out what Kristen has to say about her stalker, her family, Lindsay Lohan and more about the Twilight trilogy, just read more.

The full shoot and interview appears exclusive in the July issue of Elle, out Weds June 2.