Eclipse premieres in South Korea today, and Kristen Stewart looked hot in a black minidress and long hair extensions at the event. She was accompanied by Taylor Lautner who grinned in his grey suit as the two of them chatted and hugged while posing for photos. They also held up the football uniform of the national team during their photocall, after arriving in Seoul for a press conference yesterday. We sadly won't be seeing Kristen, Taylor or Robert at the UK premiere, but they'll be together on Sunday at the MTV Movie Awards. 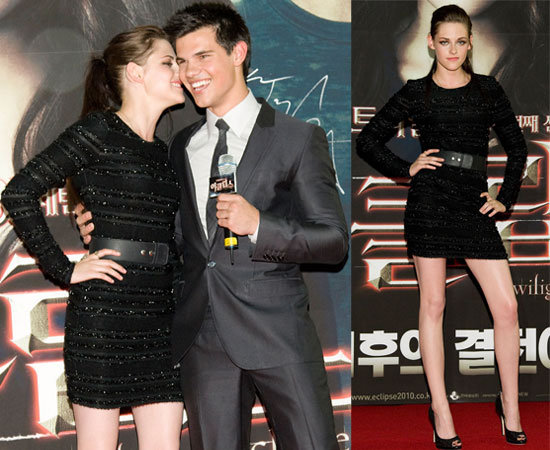