Kristen Stewart left Sydney yesterday after promoting Eclipse with Taylor Lautner. She was in her usual comfortable travelling clothes, this time flashing a bit of belly under her knotted top. Kristen and Taylor got to have some fun during their trip Down Under, and dressed up for a fan event too. With her Elle UK cover shoot just out, Kristen's fully in promo mode as we gear up for the release of the third Twilight film, with a new clip due at the MTV Movie Awards. 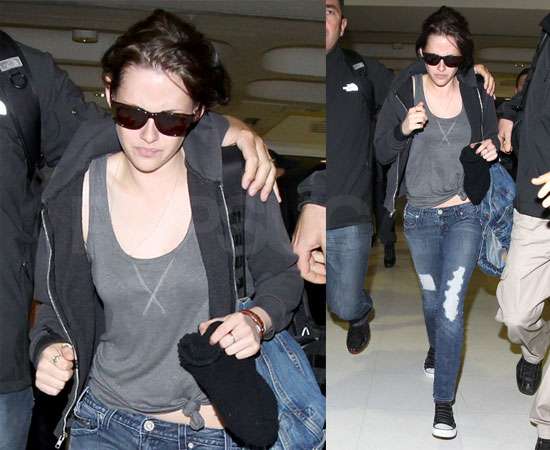