Kristen Stewart stepped on stage in a shiny LWD at the Spike Scream Awards in LA Saturday night. She won Best Fantasy Actress for her role in Eclipse and thanked her fans with a short speech. Kristen later got back in the spotlight to accept Best Fantasy Movie with her Twilight costars, Nikki Reed and Jackson Rathbone. Jackson apparently shared some details about a love scene between Kristen and Robert Pattinson in the upcoming Breaking Dawn. The on- and off-screen couple has been inseperable lately with multiple date nights while they gear up for filming the next installment of the series, though Robert didn't join his lady or his cast at the exciting award show. 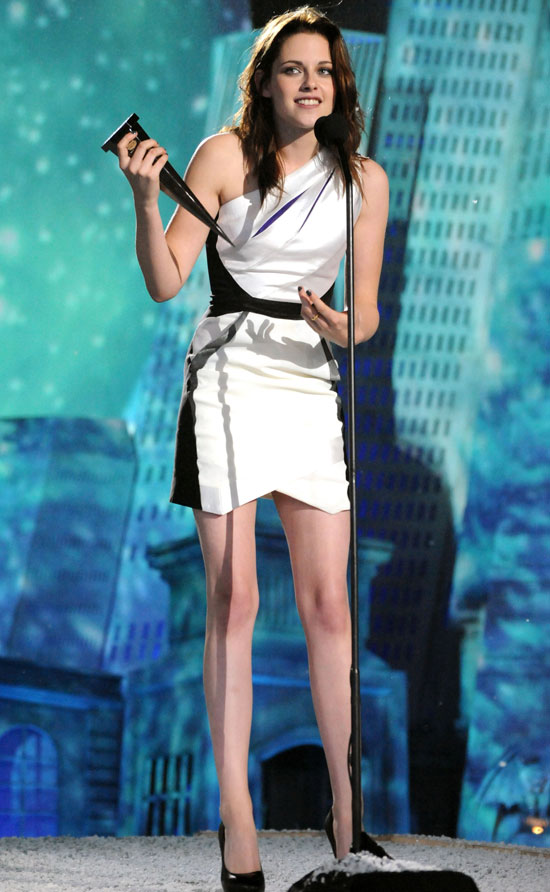 To see more Kristen at the show, just read more.